A group exhibition of four painters born around 1970, who in their creations accent exaggeration, irony and a poignant sense of work with kitsch which curiously hides personal depravity, as well as the dark depths of fear from the unknown. Each of the artists uses completely different creative tools which significantly underline the characteristics of the works. Straka's classic Chinese ink painting in its uncommon, monumental standard is in sharp contrast to the ironic themes of pure... 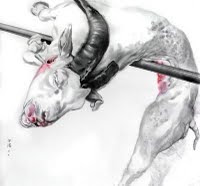 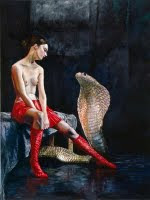 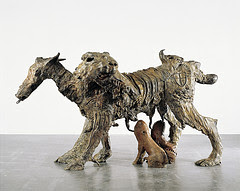 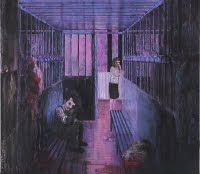 Shell of the Eart
Wood Block Prints by Mi Hyang Kim Vancouver, BC

Being is Perceiving
Textiles by Linda Walton Black Creek, BC & sculpture by Joanna Rogers & Robin Ripley Pender Island, BC

My Life
Installation by Joanne Salé Vernon, BC

Making It Home
Photography by Amanda Cho Vancouver, BC 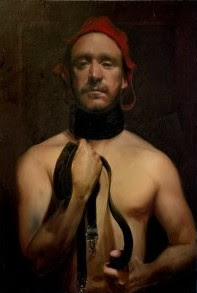 I’d like to think that this would be more acceptable in any previous human age, than our current technological one. With oil painting as my vocation, I’d like to think I'd do better in the recent past, when the Fine Arts had a more prominent and persuasive place in society. Then I think of having to officially represent the state with my work to survive, the multiple indignities that go with inferior hygiene, bad dentistry and such, and I feel a tad better. Still, I feel somewhat marooned in the computer age – the age of pervasive, coercive, machine-driven efficiencies, an age of marketable and soothing intractable solutions. Like a lot of people, I’ve somehow ended up not trusting the mercenary flash of the things that surround us anymore, but can’t comfortably imagine inhabiting the future or the past.
The slavish or imperial past, the frightening inhuman scale of the future.

Classical realistic art – That is the art I was first and most deeply influenced by as a child. My later education had a lot of art history in it, but was inevitably, rambunctiously modern – heavy in theory, conceptualism and refusals. By then it was too late, though. Like the baby ducks reflexively following the vacuum cleaner they’ve initially mistaken for their mother, my course was set. I'd become an inadvertent realist.

Up until a few years back, I had landed a formula for working out a painting which suited me fairly well, one which looked pretty reassuringly Classical and Important. Except that by the time I had become at ease with painting this way, I'd also become deeply suspicious of it – and unhappy with its limitations. I looked around and realized that the world had moved on. There was nothing quaint about now. In the age of retroviral therapies and the atom bomb, I was using a computer to help me put together an imitation of pieces that had been painted by the light of tallow candles, The things I wanted to depict had become complicated, obscure, outsize, and difficult as well. They didn't fit into a neat realistic box or scenario anymore.

I wasn't having fun.

When goodness and propriety are getting one boxed into a corner, it's gross error and vulgar nonsense one must call on to advance. Or whatever's at hand. Whatever is finally personal, that needn't and probably won't fit any official, useful scheme. Or even work. Maybe never. There's a kind of faith in this, but not of a nice kind.

So, these paintings are different than the work that has come before them. If not in the look of the finished result (old habits die hard!), than certainly in the motivation and aims of their creation. There's a lot of unfinished business in this bunch. They're less concerned with saying something persuasively, than being finding out how to be free of that imposition. They're exploratory. They're more fucked up and more happy. They're at least partially ridiculous, certainly nearly completely useless. They can't even claim the official title of having been really felt, deeply wanted, enjoyed or even understood while being created. They're a lot of failure here. But, created they are, nonetheless.

It used to be that the artist knocked themselves out to deliver certain kind of experience to the viewer. Modernity insists that's this is viewer's job now.
The artists aren't in control of the images anymore.

I hope that in the age we are entering of impersonal recordings, measurings and manipulations of every sort, of ungodly efficiently, testings, mass marketings and polls, I hope this wholly imperfect, incomplete, tiny, uncertain and ad hoc bunch of paintings bring you some joy. Or ignites some scorn. Or lets you off easy. Or whatever floats your boat.
- James Huctwith, 2009

James Huctwith Bio:
James Huctwith is an artist, an oil painter, who lives and works in downtown Toronto. Born in 1967, he was raised in the small town of Cayuga, Ontario. He attended Cayuga Secondary School from 1981 until 1986, graduating with honours from Grade Thirteen. Afterwards, he studied fine art for three years at the University of Guelph, where he cites professors Margaret Priest and Suzy Lake as influences.
After this, he lived in Vancouver in the early ‘90’s where he first began to paint and exhibit. Returning to Toronto in 1995, he began producing and exhibiting professionally with the O’Connor Gallery. In the spring of 2005, Huctwith joined Gallery Jones in Vancouver, and began producing non-figurative work, in contrast to the O’Connor shows which had been physically and emotionally explicit. Leaving O’Connor Gallery and joining Galerie Harwood near Montreal in 2006 provided new avenues of expression for the artist, the first evidence of which was evidenced in intense new large-scale figurative work series and a new show of lush, provocative still lifes.
In 2008, Mr. Huctwith returned to figurative work with La Petite Mort Gallery in Ottawa, and Antonio Arch Fine Art Limited in Toronto.
Both published and regularly reviewed, shown across Canada, and his work is collected both nationally and internationally.

On exhibit works by: 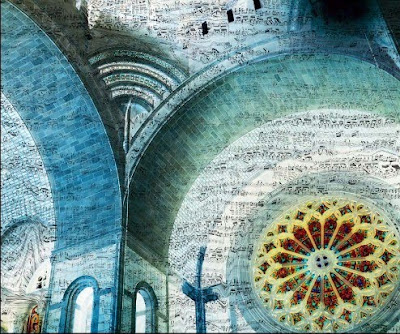 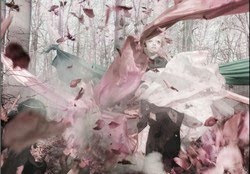 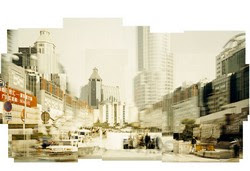 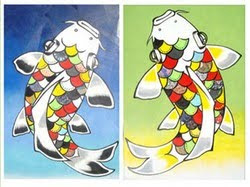 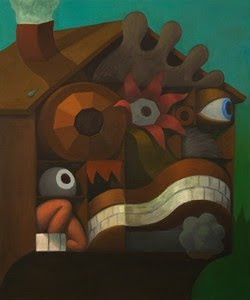 This exhibit features the lifetime work of photographer George Miller, a long time American expat living in Mexico. From taking pictures of the back roads of Mexico as a traveling salesman to being the official photographer of the San Angel Inn Restaurant for twenty-five years and having his own studio, George has captured the heart and spirit of this country.

The “farewell” event will be sponsored by the American Benevolent Society and will take place at the Museo Archivo de la Fotografía on Saturday, August 15th at 12:00 noon. Cocktails will be served on the rooftop of the museum. 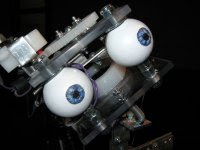 This workshop offers the chance to learn some of the simple mechanical devices that can be applied to kinetic sculpture, such as: levers, clamps, and cranks. Using cardboard, fishing line, wire, a glue gun, and your imagination, you will have the chance to construct a small, original kinetic art work.

*THIS WORKSHOP IS LIMITED TO 12 PEOPLE. PLEASE REGISTER BY EMAILING: outreach@truck.ca.

Raising green bucks to feed homeless in our community each artist will create a 5 X 5 miniature work to be sold to benefit Bienvenidos, a local non profit organization established in 1989 serving the peoples of Santa Fe. Your non taxable donation directly supports a humanitarian effort.

The cast of emerging artists is still under construction but includes 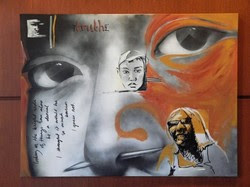 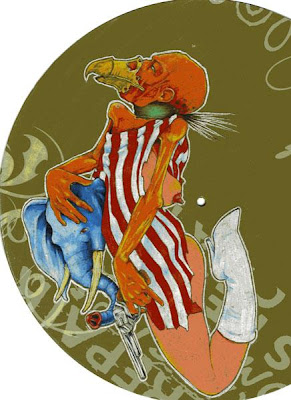 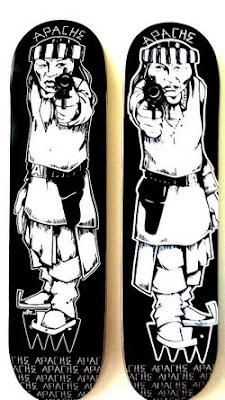 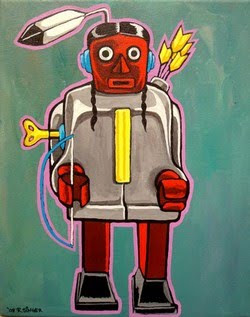 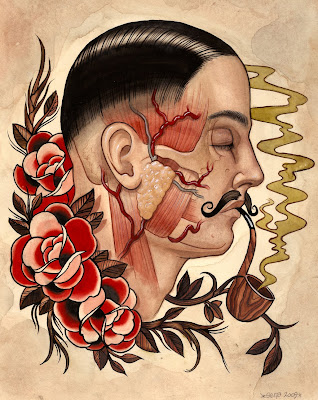 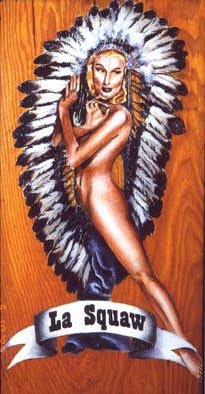 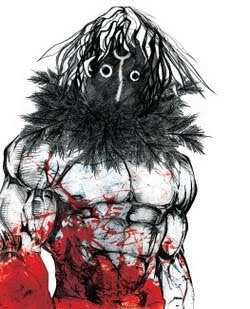 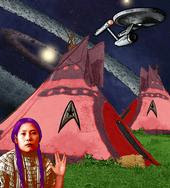 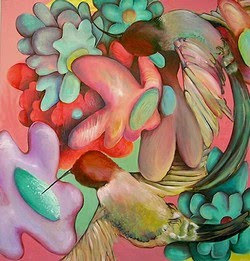 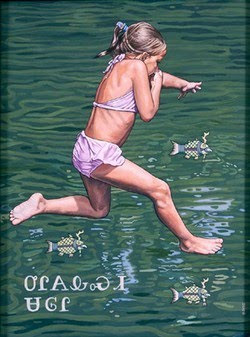 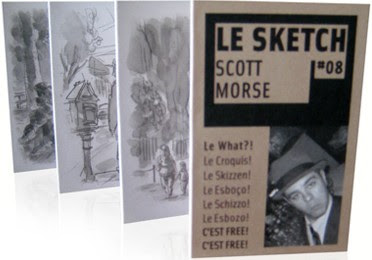 In this new issue, cartoonist Scott Morse presents a series of 14 sketches taken from his personal sketchbooks featuring random strangers in San Francisco and Disneyland. You will find plenty of tourists wandering leisurely around, seniors sleeping in chairs or just looking at nature in amazement!
Le Sketch #08 is out!